Why did she kept my attention? To begin, I knew Hypatia’s story, because she is with Marie Curie one of the most known sientific feminin figure. Yet, she hasn’t done discovery. She was above all someone very curious and versatile.

She was a prominent platonist philosopher, mathematician and astronomer.

Hypatia is known for having constructed astrolabes, which are machineries planning planets’s trajectories. She was gifted. Nevertheless, what did make her a myth was her murder… and the reasons why she has been killed*.

A paper about the recent discovery of a meteorite (I have a real passion for them!) brought me back on Hypatia’s track. That meteorite named as well Hypatia has been found in 1996 in the Libyan Desert Glass. This meteorite has been a real conundrum for the scientifique community because her mineral composition is way far different than every other ones recorded. These last research shown that its fall on Earth was 28 millions years ago or so. Because of its composition it seems to come from a comet’s nucleus from an other solar system even older than our solar system. Mainly composed by carbone, while its has gone through the atmospher, it has cristallized into micro particule of diamond scattered within the mattrice.

The identification of this meteorite has been tuff as there were various types of clustering around made of astral dust and aggregate from the desert.

I like to draw a bit of a parallel between this multiple figure and this atypical interstellar stone.

Thus came out of my mind that series inspired by Hypatia. Each time with a different axis.

In fact, men will fight for a superstition quite as quickly as for a living truth — often more so, since a superstition is so intangible you cannot get at it to refute it, but truth is a point of view, and so is changeable. 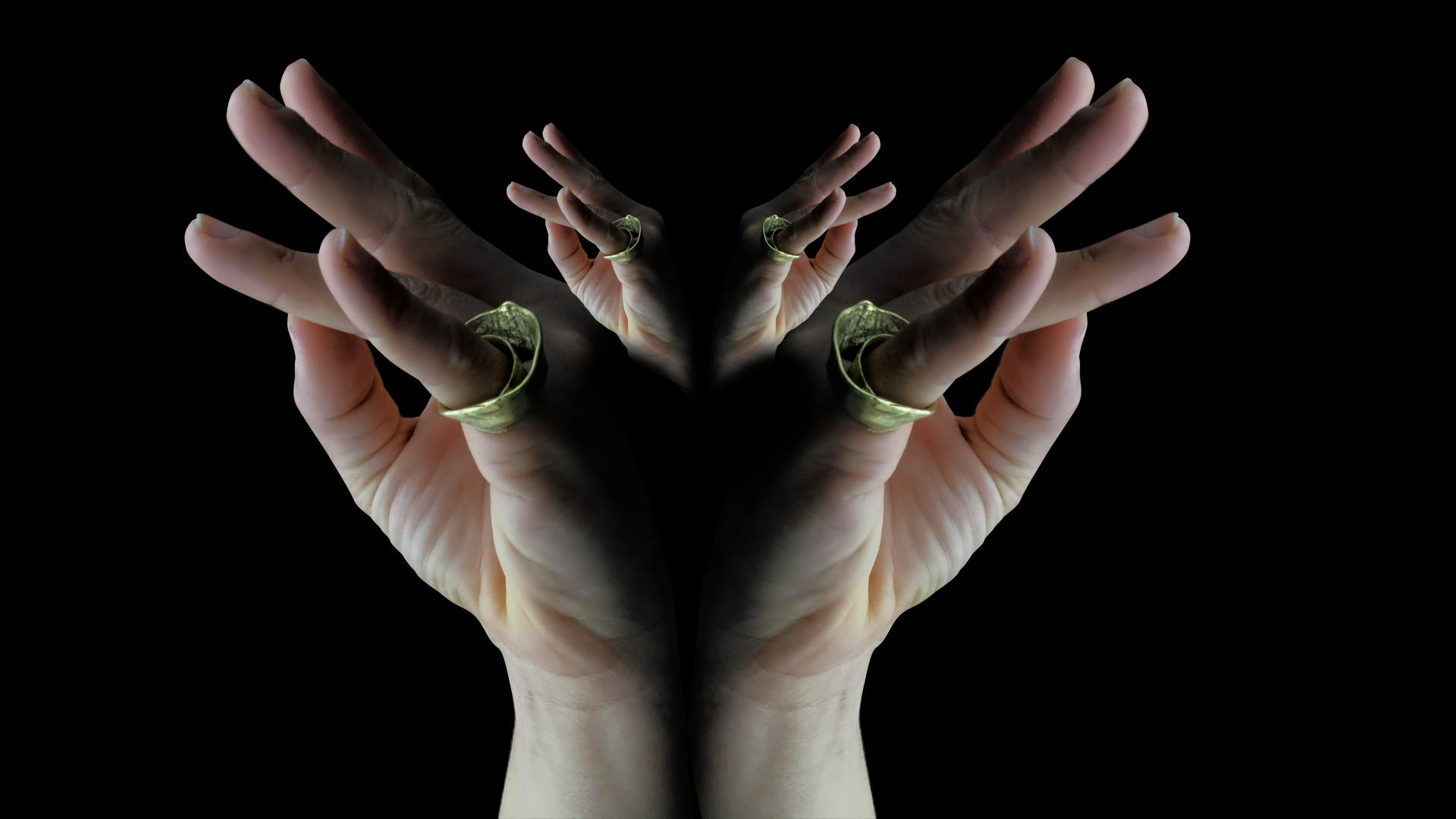 Hypatia was fascinated by conic sections. Author of a book about the originator of epicycles and deferents to explain the irregular orbits of the planets.

For my part, I have always been intrigued when gesture is modifying by a ring weared. Often, movements become more mannered and theatrical, and even more stated….  So the idea was to create a ring for the pinky finger with oversized proportions to influence the gesture.

Thus, I wanted this ring to be conic, which is inducing the circular motion to, may be end with hands in orbits…. 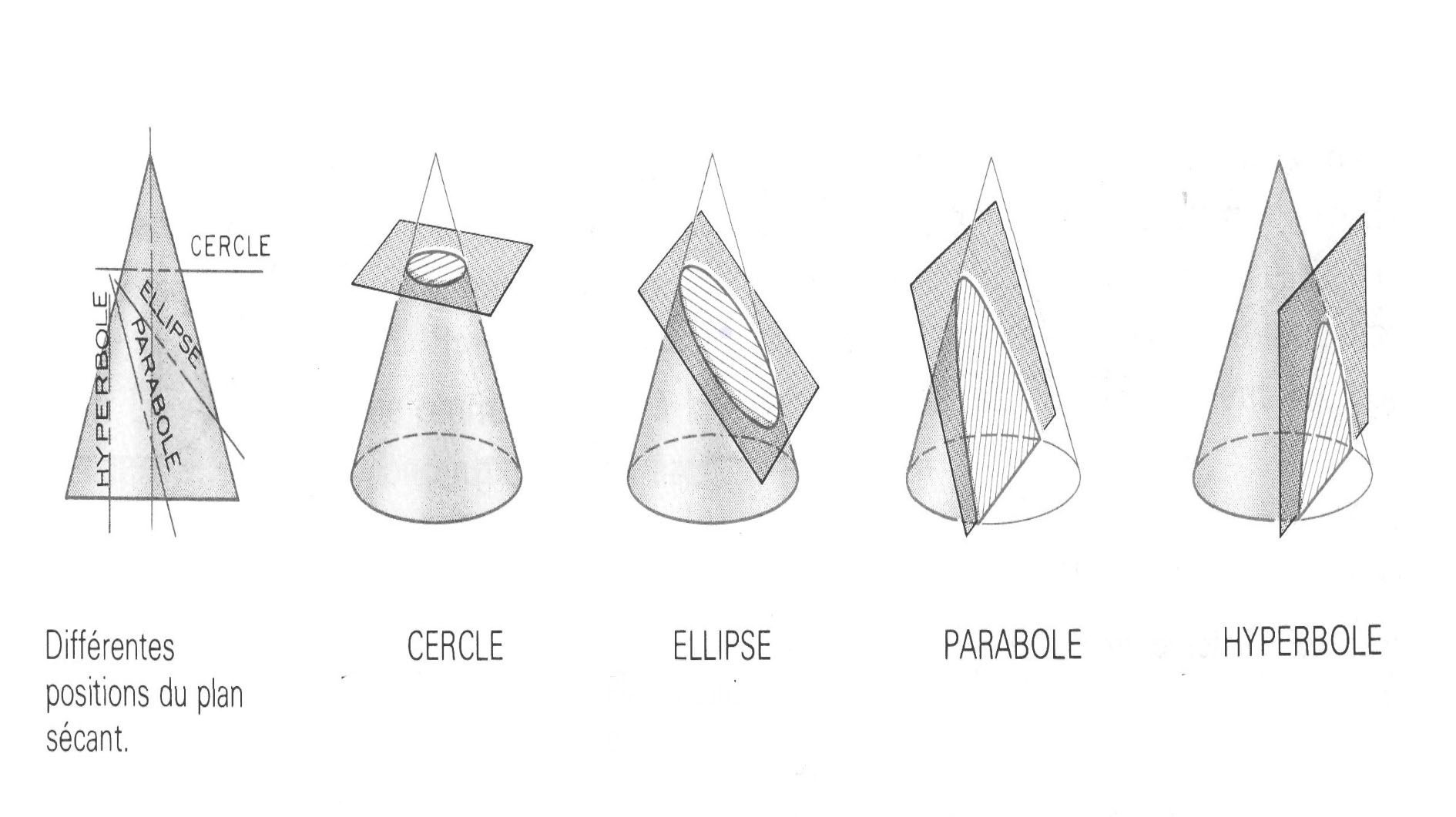 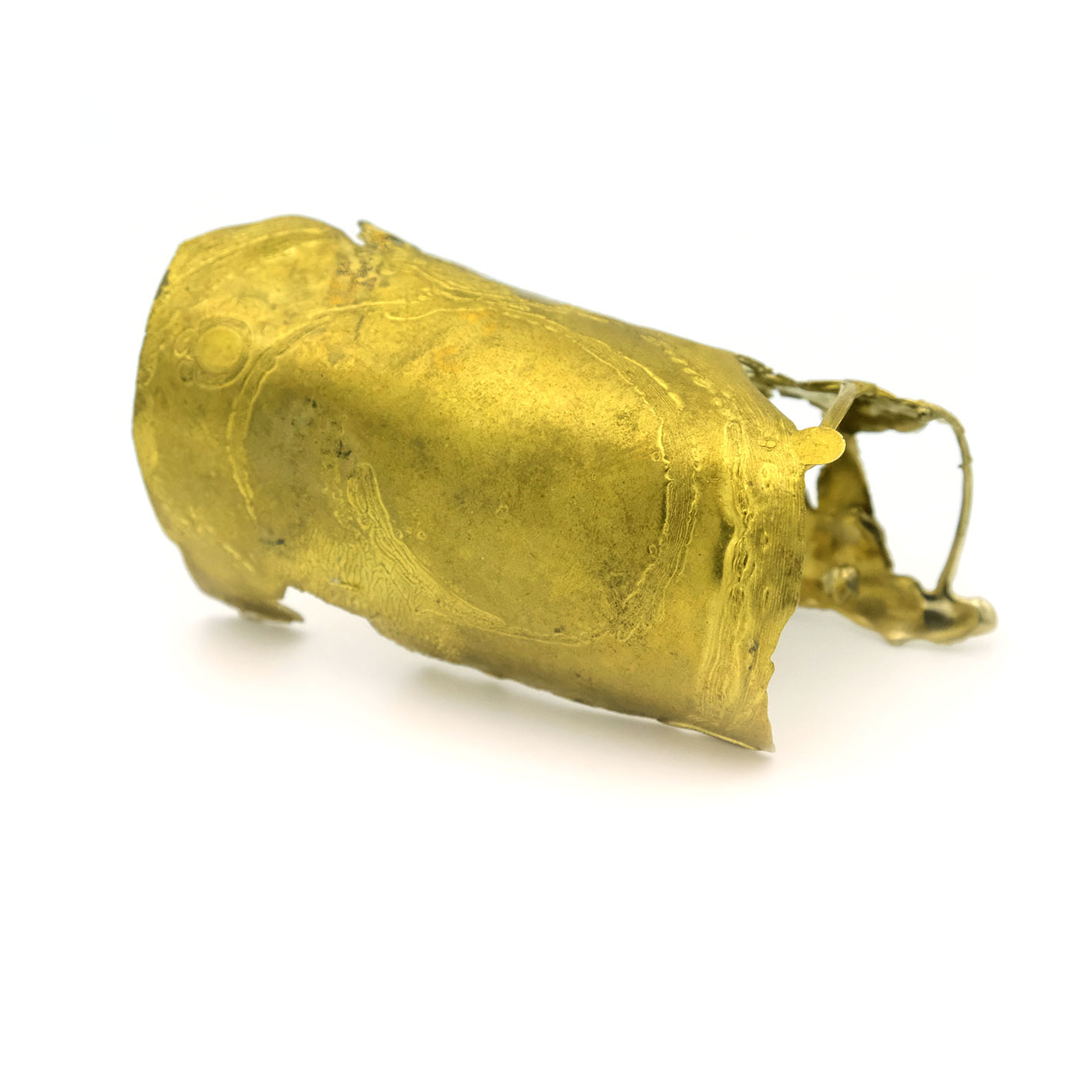 It must be said, in the collective unconscious, the cuff bracelet is a jewellery that evokes the fight. Even if Hypatia has never have to fight, she used to live in a turbulent period, at time of the decline of Roman Empire. Lot of violences has been done by church against pagans and jews. Libraries have been burned down, one of which the Library of Alexandria, and the intellectuals outsed.

Woman of letters and sciences, spearhead of a Neoplatonic school, Hypatia improvised public conferences in the city Alexandria. She fought with her words, her knowledge and her will for independance. Her personnality and her beauty were admired but would offend as well. At her expense, because she has been killed, dismembered and fired by monks who accused her to have a bad influence over Alexandry, by preventing peoples to submit the will of christian God. This cuff, with fines organics details is corroded off and damaged.

As an archeological remain, witnessing the end of a world, the end of an ideal. Hypatia’s tragic end transform her into a martyr for philosophy.

It is amusing to note that the most enigmatic meteorite has been named after this great and special philosopher and astronomer, Hypatia. This extraterrestrial stone is probably coming from an other solar system because its composition is way different of all the elements composing our solar system. which are majority of silice and elements of metals. Whereas this meteorite is composed with more than 70% of carbone, with tiny amount of silice and almost any trace of iron, which is unprecedented.

Hypatia is definitively a name we are giving to the disturbing elements, who denote! So I present you this jewel  : the mono earring Hypatia coming from an other World!